Pornchai Phukpattaranont received the B.Eng. (Hons.) and M.Eng. degrees in electrical engineering from the Prince of Songkla University, Songkhla,Thailand, in 1993 and 1997, respectively, and the Ph.D. degree in electrical and computer engineering from the University of Minnesota, Minneapolis, MN, USA, in 2004. He is currently an Associate Professor of Electrical Engineering with the Prince of Songkla University. Examples of his ongoing research include the pattern recognition system based on electromyographic signal, electrocardiographic signal, and microscopic images of breast cancer cells. His current research interests include signal and image analysis for medical applications and ultrasound signal processing. Dr. Phukpattaranont is a member of the IEEE, the ECTI Association and Thai Biomedical Engineering Research Societies. 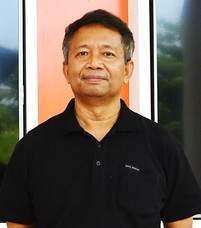